When I think of my everyday life, I think of busy days filled with love and laughter.  Every day holds its own kind of beauty.  It is true that there are hard days and hard seasons of life, but through each of these times, the Lord always gives us a reason to rejoice.  It has been my turn for a while to write a blog post on everyday life and to be honest, I wasn’t sure what to write about.  I finally decided to tell you about how we celebrated Paisley’s birthday last week. 😊

Paisley turned three at the beginning of this month.  I don’t think I will ever forget the way that she came storming into the world.  I was only one day overdue, but extremely uncomfortable as I’d been having mild contractions for weeks.  When Paisley decided to make her appearance, she arrived after less than an hour of true labor!  Since then, she has continued with that fiery personality, which brings joy as well as mischief. 😉

Since this little girl of mine is one who just loves a good time, we decided to have a simple but fun day.  We let her pick what she wanted for breakfast (oatmeal) and then she and I spent the morning making her birthday cake.  I hadn’t been feeling too well so we just did a simple chocolate sheet cake with a glaze-type frosting.

For lunch we did something special.  Zack and I recently 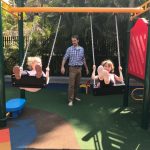 discovered a nice playground at an outdoor restaurant nearby.  We filed it in our memory bank for such an occasion.  Nice playgrounds here are few and far between, so the kids were absolutely thrilled to have a chance to play on one. 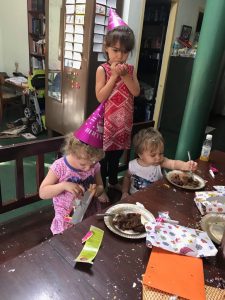 When we got home, the kids took a nap and I made sure everything would be ready for cake and presents when they woke up.  Our cake-cutting was a bit humorous.  I had bought a confetti popper and Zack shot it off right when we were singing to Paisley.  There was a LOT of confetti in it, which went everywhere.  Sakshi loved it, Paisley was perturbed by it, and Thaddeus was afraid of it!  The cake ended up being covered in confetti, some of which we were able to blow off and some of which we ate.  We figured there were worse things we could ingest…

As far as presents go, I love giving and getting them.  It is hard for me to not go crazy buying presents, but I managed to keep it simple.  We got Paisley a little doll wearing Indian clothes and a new outfit.

At around 7:30 in the evening, some friends started showing up.  They knew it was Paisley’s birthday and wanted to “wish her”.  Thankfully I had plenty of cake to share with the roughly one dozen people who came.  They brought ice cream so our second cake-eating session was even sweeter.

I was reminded of how nice it is to keep things simple.  We didn’t have to spend a lot of money to give Paisley a fun day.  She loved every bit of her birthday and that is what mattered.  It was a special day to celebrate the precious life that God has blessed our family with. 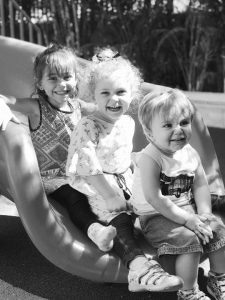